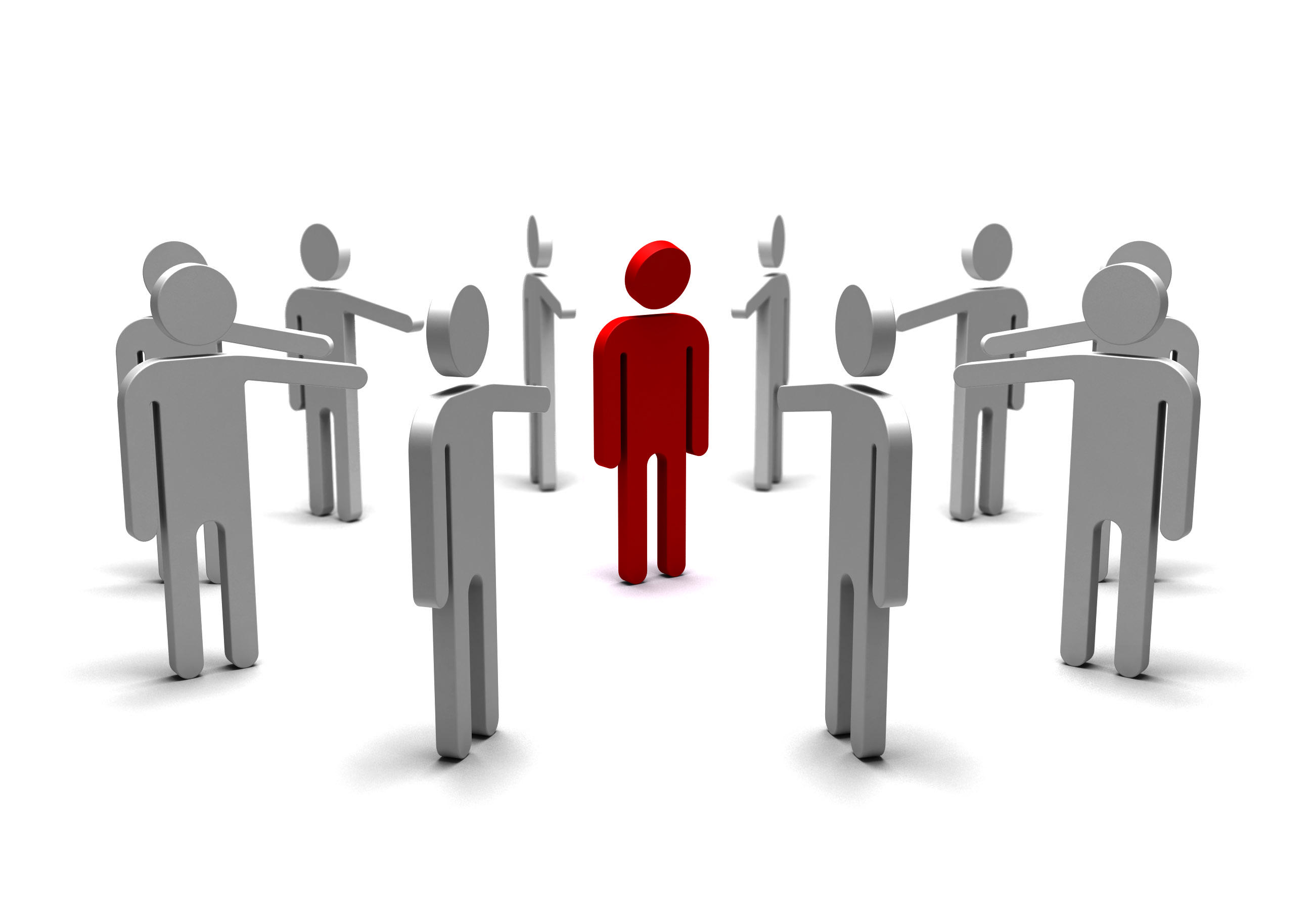 Challenging Thoughts
IS IT WRONG TO JUDGE OTHER PEOPLE?

IS IT WRONG TO JUDGE OTHER PEOPLE?

In a world where the unthinkable and the outrageous have become everyday occurrences, many question why this is so. Is ANYTHING wrong any more? Can people live however they want to and do whatever they feel like doing, even if at one time such actions were considered to be “wrong” and unacceptable, but nobody is free to say anything about it now—for fear of “judging” someone else?

I can’t count the number of times I’ve heard one person say something like, “She shouldn’t be doing that!” and another person standing by replies, “You shouldn’t judge!” And sometimes, when the “judging” person claims to be a Christian, the “reprimander” will add, “You Christians know that the Bible says, ‘Don’t judge!’” So everybody is forced to shut up and go on about their own business, leaving the “offender” free to do whatever “wrong” thing they were doing unchecked.

That’s how life is today: Everybody is free to do whatever they want, and NOBODY is supposed to say ANYTHING about it, no matter what it is or how outrageous it might be. Is this sound? Is it wrong to judge other people?

The first thing to do in any discussion is for the terms to be defined. What do we mean by “judge?” Do we mean merely stating what we consider to be a fact that a specific action or attitude is morally right or wrong? Or do we mean just criticizing others in general?

By the way, the very title of this blog is itself a judgment: “Is It WRONG to Judge Other People?” WHO are you to say WHAT is “wrong?” Thus, when you say, “You’re not supposed to judge!” you have just “judged” me! So the upshot is this: EVERYBODY judges everybody else EVERY DAY! We ALL believe in judging. We just don’t want people to judge when it comes to certain things we think they should shut up about.

Just in case you are not a Bible student, here’s some critical information: The same Jesus Who said, “Don't judge others, and God will not judge you” (Matthew 7:1), also said, “Don't judge by appearances. Judge by what is right” (John 7:24)! So “Judge not” is NOT the complete story! The rest of the story tells us HOW to “Judge”—not by the way things look at first glance but by “righteous judgment.” Obviously, we must understand these two different imperatives correctly, or it will look like Jesus just contradicted Himself.

So, now, we REALLY need some definitions. “Judge by what is RIGHT.” Obviously, the definition of “right” requires a MORAL STANDARD to be used as a “measuring stick” to “judge” things by. Anything in agreement with that moral standard is deemed “right,” and anything in disagreement is deemed “wrong.” The problem in our society is that we don’t agree on what that moral standard should be, but we ALL have one. And we ALL “judge” each other all the time according to whether or not a person goes along with our individual moral standard.

On one hand, almost ALL of us agree that it was “wrong” to kill George Floyd because it does not agree with the moral standard we each carry in our minds. But the moment someone says something like, “Homosexuality is morally ‘wrong,’” everybody jumps on them and actually “judges” them and shouts, “Don’t judge!” The truth is that every one of these positions is a judgment: saying it was wrong to kill Floyd, saying “Homosexuality is wrong,” and saying “It is wrong to say something like, ‘Homosexuality is wrong.’” They’re ALL judgments. And we ALL make them. WE CANNOT AVOID JUDGING in this manner! Thus, Jesus’ second statement is to be used: “Judge, not by appearance, but according to what is RIGHT,” based on and compared to the moral standard being used, which in His case, was the Bible—the Ten Commandments, the Torah, and the rest of the system of laws & principles that were given by Yahweh/Jehovah/God.

Let’s also delve into the Greek while we’re here, the language of the New Testament. The word translated “judge” in both cases is the Greek word, “KRINO,” which, according to Strong’s Exhaustive Concordance and Thayer’s Greek Definitions, means “to distinguish, to decide, and by implication to try, condemn, punish… conclude, damn, sentence, to subject to censure…” So, Jesus’ instruction to “Judge not” really means do not CONDEMN, PUNISH, DAMN, or SENTENCE other people. In fact, He explicitly said this in Luke 6:37—"Judge not, and you shall not be judged; condemn not, and you shall not be condemned…” It does NOT mean you cannot factually state or acknowledge that their actions violate the moral standard. It does NOT mean that you cannot say that what they did or are doing is WRONG.

That being the case, for me to tell my friend, “Man, you shouldn’t have lied” is judging RIGHTEOUSLY, because obviously he violated the moral standard we’ve agreed on. THAT is a statement of fact. It is NOT condemning. It WOULD be condemning for me to tell him, “Man, you’re going to hell for lying!” because I am now sentencing him to punishment. THAT part is between him and God. I have NO idea if God will charge him or punish him for that, so I must be quiet about that part. But as far as the moral standard is involved, he lied, and that’s not condemning him.

Of course, ALL of this is predicated on agreement on a moral standard, and that, my friend, is what we are missing in this world. We have a society based on a hodge-podge of millions of PERSONAL moral standards, which causes the confusion we are in. What is “wrong” for me is “right” for you, and vice-versa. So when people say, “Don’t judge!” what they really mean is “Don’t try to impose on me YOUR moral standard! I have my own!” Or they mean, “There IS NO such thing as a moral standard anymore,” but they show their disbelief (and hypocrisy) in that position the moment they say, “It was WRONG to kill George Floyd.” Obviously, people DO have a moral standard and DO believe in some rights and wrongs. It’s just that we don’t agree on what those rights and wrongs are. And saying, “Don’t judge!” is just another way of saying, “I don’t want to discuss rights and wrongs right now! I don’t believe that YOU know what the standard is! Just leave it (or me) alone!”

But what if you’re a person who actually believes in the biblical standard of morality, based on the teachings and Spirit and Love of Jesus Christ? What if the same Bible containing those “self-evident TRUTHS” from which we get our rights to freedom, equality, “life, liberty, and the pursuit of happiness,” ALSO contains TRUTHS that measure and dictate moral behavior? Can we take one Truth without the other and NOT be inconsistent and hypocritical? And can a discoverer of such TRUTHS just shut up and leave everybody alone? What if you actually believe that one day there will be a time of accountability, a reckoning day—a “Judgment Day,” as it’s called in the Bible—in which, measured by those same Truths, right will be rewarded and wrong will be punished by a Creator-Administrator God, Who MUST exist because there is absolutely NO WAY to get a Universe—or anything else, for that matter—from absolutely NOTHING? Can such a person refrain from sharing what he considers to be LIFE-ESSENTIAL, “God-in-Heaven TRUTH,” just because people are uncomfortable with hearing it?

Those are just rhetorical questions to show my own personal dilemma. Perhaps it is yours also. My encouragement: Do NOT be afraid to stand for what you believe, which the Almighty has personally convinced you to be tried, tested, and true beliefs. Be sure your convictions are not merely something you are repeating, or just something your “mama taught you,” but what has been confirmed to you personally. In a world that is increasingly calling good “evil” and evil “good,” never be afraid to call a spade a spade. Continue to feel free to use the word “SIN,” even though it is extremely politically incorrect and supposedly no longer a real thing. In a gainsaying society, be prepared always to defend your faith intelligently, even if you must take a few classes to do so. You’ll need that as the moral darkness deepens.

Still, I am utterly floored and flabbergasted by people’s hypocrisy today! Until somebody comes along with a “truer Truth” or a “better” system that’s not inconsistent and hypocritical, I think I’ll stick with what I’ve got. God bless, and happy Sunday, everybody! ?