THE TROUBLE WITH HYPOCRITES 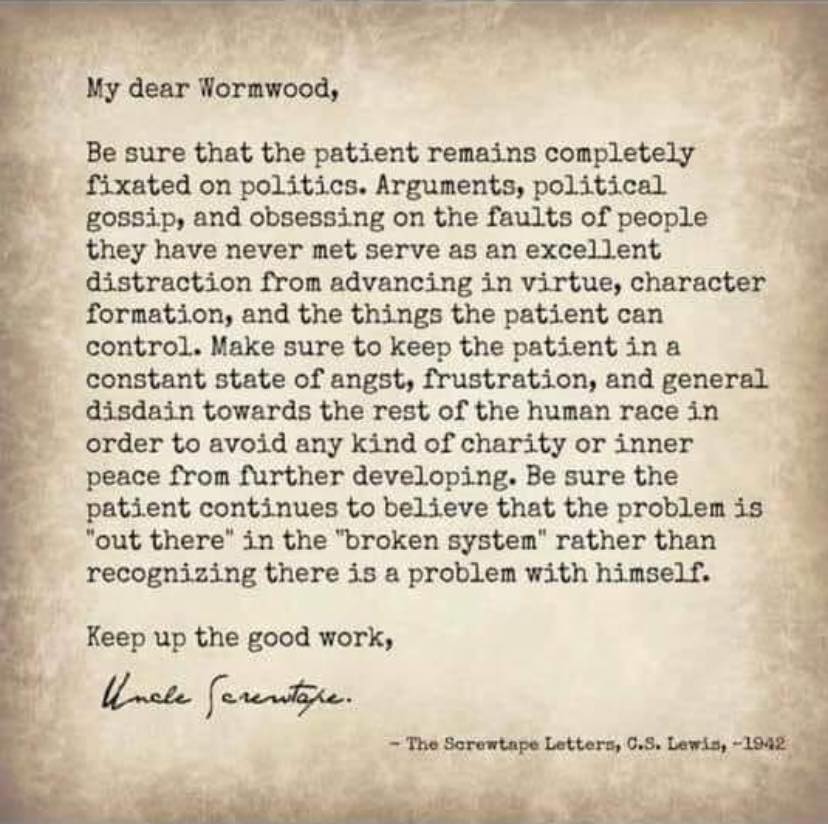 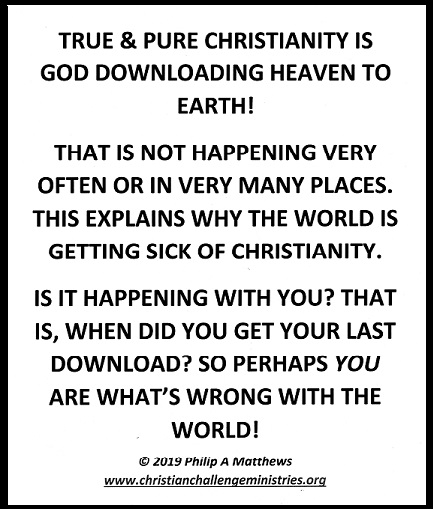 “They will go on pretending to be devoted to God, but they will refuse to let that "devotion" change the way they live. Stay away from these people!” —

Today I start with two photos to begin our discussion on “The Trouble with Hypocrites.” Hypocrisy has become a MAJOR problem in this world, from many angles. We will discuss two. The first angle regards the trouble of hypocrites in the Christian church. Increasingly, it has become obvious to the world that a sizable number of Christians do not pattern their lives after their Leader, Jesus Christ, Who most people agree lived an exemplary life. He was characterized by radical LOVE. But not today’s average Christian. In a world that is polarizing daily into two opposing camps, some Christians seem to be as filled with hatred & harshness as those claiming no religion at all. Some even seem to harbor, God forbid, racial bias & animosity, definitely “respect of persons,” which the Apostle James called “sin” (James 2:9). More & more, religious people appear to be more concerned with money, political clout, reputation, & other shallow “values” than they are with consistently doing what is morally right at any cost.

Just look at us: George Barna’s American Worldview Inventory 2020 found that 44 percent of American believers think that Jesus sinned. Only 1 in 5 (19%) born again Christians has a biblical worldview. 52% of all Americans believe the Holy Spirit is a force & symbol, not a living entity. Barna wrote that "Tens of millions of Americans consider themselves to be Christian but do not believe that God is really in control or cares what happens to them." 1 in 4 Evangelicals are not certain that the physical resurrection of Jesus was a real historical event (State of American Theology Study, Lifeway Research, 2016). Atheists and agnostics scored 15% higher on their knowledge about religion than Evangelical Christians taking the Pew Religious Knowledge Survey (2010). 57% of regular churchgoers say they have never had a religious experience that changed their life (General Society Survey 2010). 70% of all young people who grew up in church leave the church by their 20’s (The Barna Group). In 2014, ChristianMingle.com, the largest Christian online dating site, reported that only 13 percent of respondents said they would NOT have sex before marriage. Only 13 percent said that they would move in together ONLY AFTER marriage. All of the rest (87%) would have sex or move in together for various reasons, sins which Jesus called “fornication.”

The Apostle Paul knew this day would come, so he warned Timothy in our text: “They will go on pretending to be devoted to God, but they will refuse to let that ‘devotion’ change the way they live. Stay away from these people!” And definitely don’t BE one of them! They are what we would call “HYPOCRITES.”

What is a hypocrite? A hypocrite is a religious person who professes to be something he/she is not. They may intentionally lie about it to fool others, or they may do it unintentionally, fooling themselves. But in either case, they are NOT who they claim to be. They do NOT have what they claim to have. They do NOT live what they claim to believe & tell others to do. “People look at you and think you're saints, but beneath the skin you're total frauds!” (Matthew 23:28 Msg). “They say they know God, but their actions speak louder than their words. They're real creeps, disobedient good-for-nothings” (Titus 1:16 Msg). The result of this hypocrisy is that the world looks at it & is sickened: 72% of the unchurched believe the Church is filled with hypocrites (Lifeway Research). Americans’ trust in faith leaders & pastors fell to a record low 37%, ranking below the medical professions, teachers, police, & just above journalists (Gallup 2018)! Thus, the true & noble cause of Christ is slandered because of hypocrites in the church! The great loving Creator God Himself has fallen out of favor because of His human associates! What an indictment against us all, to make people sick of GOD because they are sick of US!

But this is REAL Christianity: “TRUE & PURE CHRISTIANITY IS GOD DOWNLOADING HEAVEN TO EARTH—DAILY! THAT IS NOT HAPPENING VERY OFTEN OR IN VERY MANY PLACES. IS IT HAPPENING WITH YOU? WHEN DID YOU GET YOUR LAST DOWNLOAD? LAST MONTH? LAST YEAR? NEVER?! THEN PERHAPS, CHRISTIAN FRIEND, YOU ARE WHAT’S WRONG WITH THE WORLD! THIS WORLD IS LITERALLY DYING FOR TRUE BELIEVERS WHO REALLY FOLLOW JESUS, WHO GIVE THEMSELVES TO LOVING OTHERS LIKE GOD LOVES, WHO HAVE THE POWER TO PRAY & CAUSE CHANGE, AND WHO LIVE WHAT THEY PREACH! WE NEED TO REPENT FOR THE SOULS WE HAVE HURT & OFFENDED, LOST, ABUSED, & CAUSED TO WALK AWAY FROM GOD! WE NEED TO APOLOGIZE & TELL THEM WE WEREN’T ACTING LIKE JESUS CHRIST! MY CHRISTIAN FRIEND, DO YOU HEAR ME? LET’S GET IT TOGETHER—AND SOON!

But now let’s talk about that second angle I mentioned. This is to unbelievers & everybody else who are sick of hypocritical Christians: The rampant, embarrassing, maddening, & nauseating hypocrisy you so easily spot in Christians does NOT excuse YOU from doing the right thing! If you know the MORAL STANDARD well enough to judge Christians hypocritical, then YOU are just as required & expected to live by it as they are! If you are NOT living according to what YOU know, then, Christian or not, you, too, are at fault for the condition of this world.

What’s YOUR excuse? ”I don’t even believe in God at all.” Why not? It’s certainly NOT because you can’t find any evidence for Him. There’s a UNIVERSE FULL OF IT! Common sense tells you that SOMETHING can NEVER come from NOTHING, & Science tells us that the Universe did not always exist! It had a Beginning, so it MUST have had a Beginner. So, He exists! And He expects YOU to live, if not by some set of religious teachings, at least by the MORAL LAW written on the conscience of every living person. We ALL know right from wrong. But, NO, you violate your conscience all the time! And you want to call Christians “hypocrites!”

You have no more excuse than they. Sure, you can see their blatant hypocrisy, but guess what? Unless you are perfect, then YOU, my friend, are just as responsible for what’s wrong with this world as all the hypocritical Christians you can’t stand! These are the facts: This world is a mess because human beings are a mess! Those trying to get all this craziness straightened out can’t straighten out anything if they themselves are not straight! Hypocritical Christians are not excused, but neither are you.

“Well,” you say, “you can’t judge me! I answer to no one but myself!” Or maybe you don’t say it like that. Maybe the way you say it is, “What’s wrong for you is not wrong for me!” Or, “That’s YOUR interpretation of the moral law, not MINE!” Or, “There is no ABSOLUTE truth, only RELATIVE, depending on the situation! And you don’t know my reasons!” Or, “It’s between me & God!” However you say it, it all means the same: “I’m gonna do MY thing MY way, so YOU get out of my way! I’ll answer to God!” And BILLIONS of us are saying just that!

And how true that is because there is coming a time of reckoning, in which all wrongs will be righted & everyone of us will give an account of ourselves to the Creator who gave us LIFE. What did we do with that life, all the gifts, abilities, opportunities, & knowledge He blessed us with? What will we have to show for it? How will we answer, when “Nothing in all the world can be hidden from God? He can clearly see all things. Everything [our thoughts, intentions, & purposes of our hearts] is open before Him. And to Him we must explain the way we have lived” (Hebrews 4:13).

The “hypocritical Christians” & the “corrupt money-hungry preachers” excuses won’t help us in that day. The shameful Catholic priest pedophiles won’t justify our refusal to love & follow the Creator of the Universe in that day. It will be, just as we say, “between me & God,” and our little lame dishonest excuses that can barely hold water in this world will be UTTERLY & EMBARRASSINGLY PUT TO SHAME in the next! The Eternal God will ask us WHY we never served Him, & we will turn to point out those awful “Christian hypocrites,” but there won’t be any around, because we come face to face with God BY OURSELVES! Anyway, this “it’s between me & God” proposition is pretty scary when we really think about it. This is why we need a Mediator, Jesus Christ, between us & God. We will NEVER be good enough in that day. We need HIS righteousness, not our own goodness & justifying alibis, when we face Almighty God. Now is the time, so ask Him to come into your life today. Let Him reveal Himself & His AWESOME LOVE to you! You will NEVER be the same!

God bless us all.