In 1970, God saved Philip Alan Matthews, chief composer in our family. Segatha Ruth Douglas also was saved in 1970. Being in the same congregation in Los Angeles, they soon found each other, started dating, and got married November 18, 1972. Forty-eight years later (2020), they're still going strong, loving each other, their 7 biological kids, 6 in-law kids, and 20+ grandchildren.

In 1972, Philip wrote his first gospel song, "Behold the Lamb of God!" NOBODY has ever heard that song because he never taught it to anyone! But since that time, he has written over 100 more gospel songs. And this is the beautiful part about Philip's and Segatha's music ministry: HE wrote the songs, and SHE arranged and sang them. Segatha was gifted with a great vocal range, capable of singing both very low notes and very high notes that most sopranos cannot reach. So, Philip starting writing songs that would allow her to test out her range, which she loved to do. He's always said he has NO idea what he would have done if he had not married a gifted singer! Segatha has also written a few songs herself, when she used to play the organ like an angel. That was before 7 babies in 10 years! 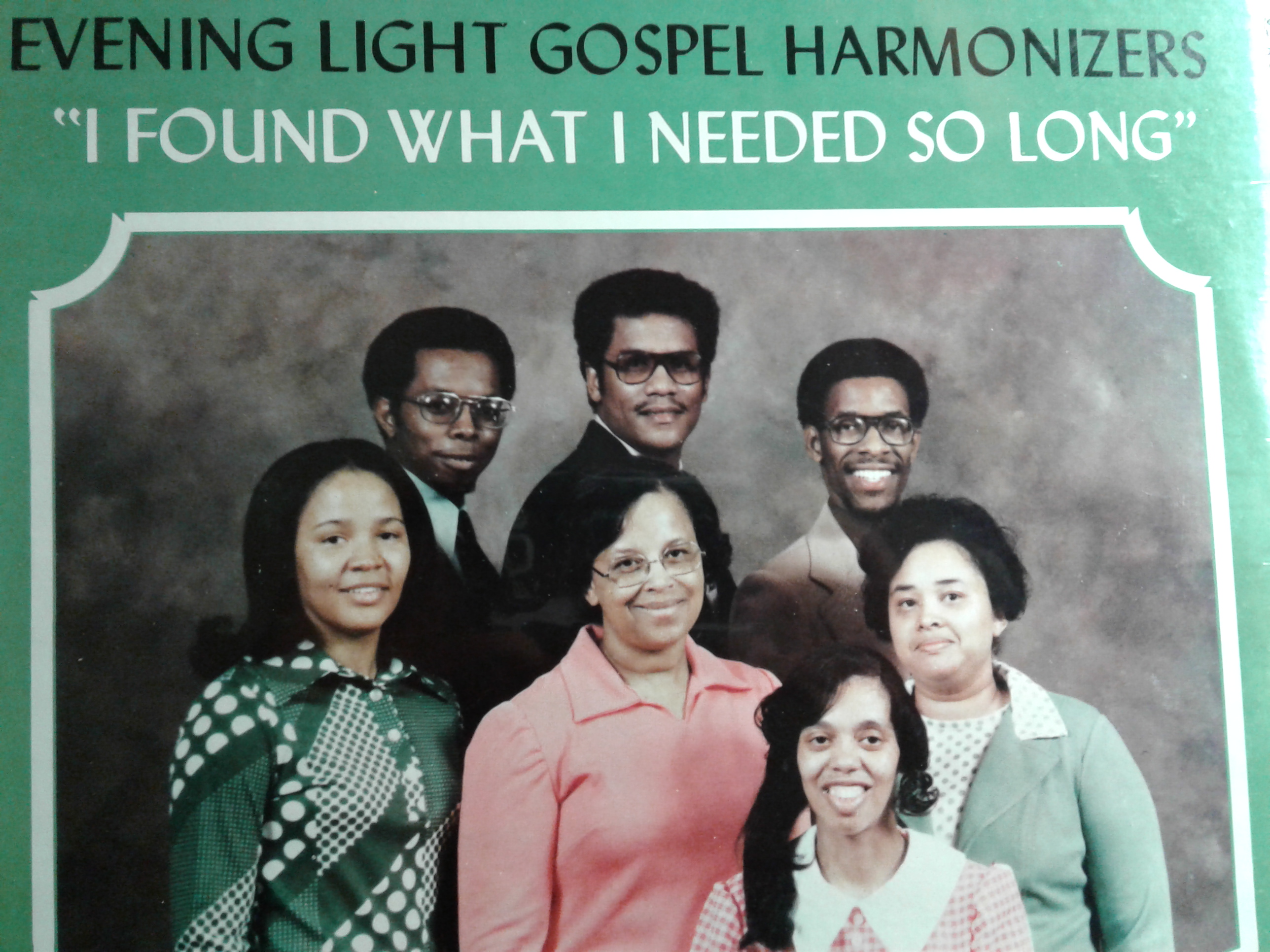 first began singing his songs a cappella in church with his two sisters, Bonnie Matthews Riley and Ann Matthews Radcliffe. But his sisters got married, moved away, and were replaced by friends, Herbert and Wynema Clay. Then Ronald and Eunice Hattley and Wilma Parrish were added, forming the first EVENING LIGHT GOSPEL HARMONIZERS group. They released an LP in 1978, "I Found What I Needed So Long."

In 1980, three of the original group dropped out and were replaced by Ray Douglas (Segatha's brother) and special friends, Cecil and Gloria Dyer. The album released that year was called "I'll Keep Holding On To Jesus." It was fairly popular in the Church of God (Guthrie) movement, especially since 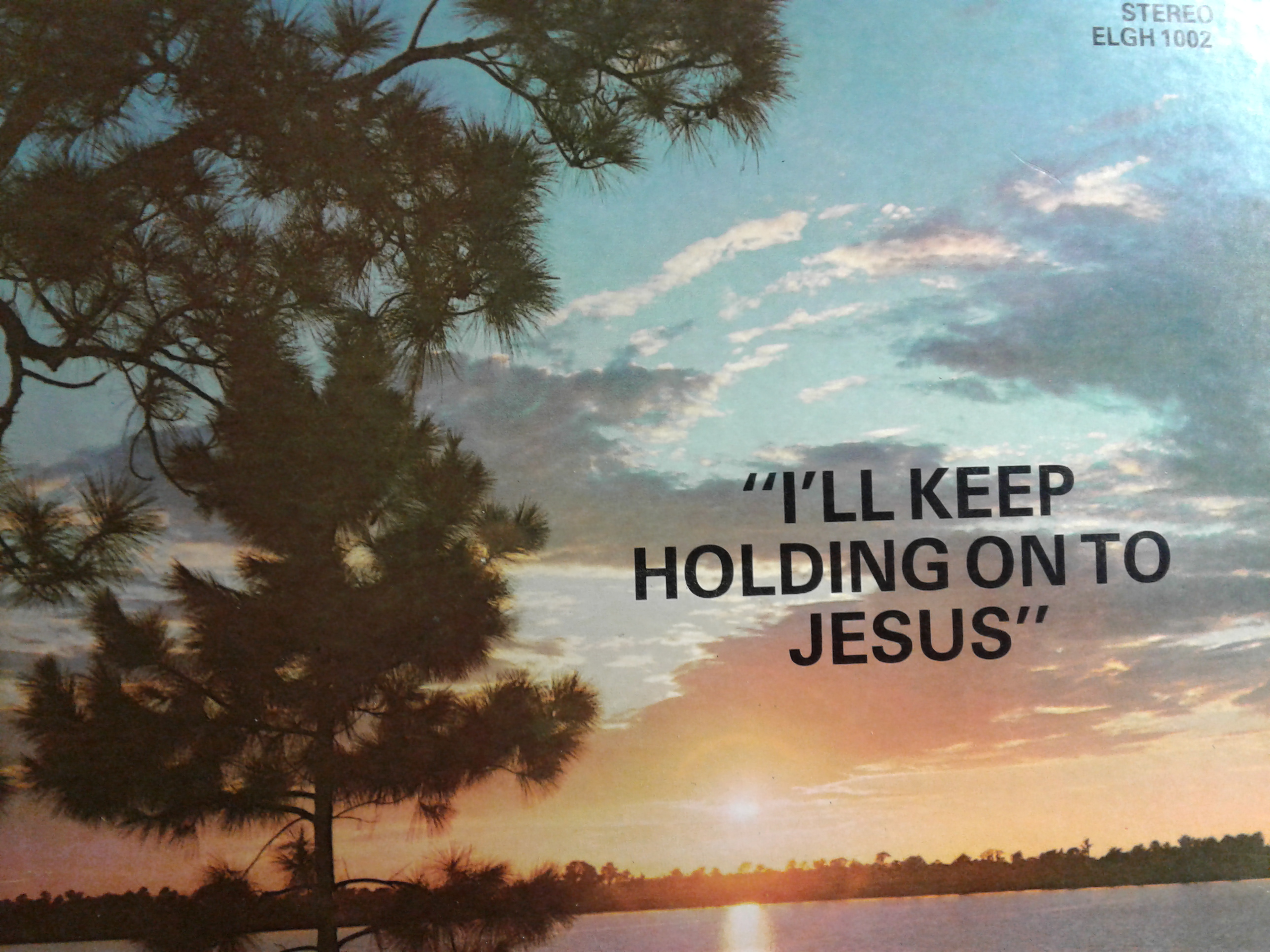 Uncle Robert Sherman and the Bakersfield EveningLight Singers borrowed the song and took it cross-country on their evangelistic tours. On several occasions in service, a group would sing "I'll Keep Holding On" as a special song and people would just start coming down to the front altar for prayer and salvation, without ever getting to the sermon or official invitation from the preacher. And the service would end with great rejoicing.

Philip continued to write, and the family began singing with the children. Segatha trained and drilled the kids (mercilessly, if you hear them tell it!), so by 1985, the 5 boys appeared on a cassette album by The Matthews Boys, "His Name Is Jesus." They were 4 through 9 years old: Fari (9, baritone), Desmal (8, lead), Traco (7, tenor), Douglas Romando (6, bass), and Ptolemy (4, almost 5, soprano)! They sang mostly kids' songs in four-part a cappella harmony. Only one song from that album, "I Thank God For Saving Me (From The Fix I Was In)," has been included on this website (so far) because it is an original composition that appears on no other album.

By 1994, Philip and Segatha were singing only with their children, ranging in age from 8 to 18. In 1994 and 1996, they went into the studio and recorded 20 original songs, producing 2 cassette tapes. The title songs were "I Want To See Jesus For Myself" and "He Cares About You." Several songs turned out pretty good, although the studio wasn't the best and some of the kids were still fairly young. Jessieka, the youngest at 8 and later at 10, will never forget the trauma from her 5 older brothers (and mother!) as they all hounded her to sing out! sing boldly! we can't hear you! relentlessly during practices! 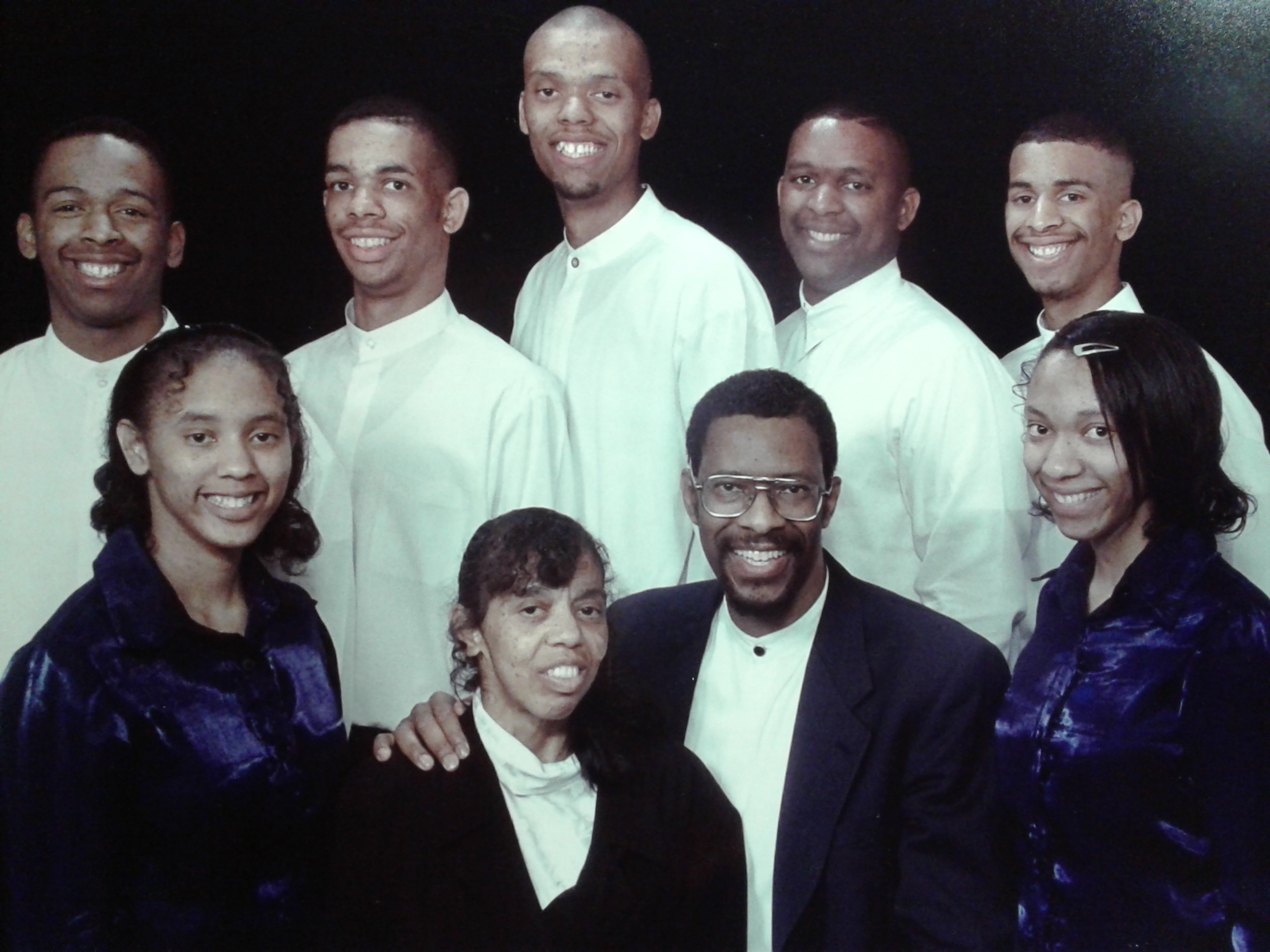 Trusting You." Each child, ranging in age from 14 to 24, was given a song to sing. It was the last album before the kids starting marrying and new family members were added. The family recorded this "last album," then went out to the world famous (in LA) Norm's Restuarants to eat the "last supper." One month later, Desmal, the second son, got married, and his wife, Stephanie Bowman, was added to the group. In rapid succession other wives were added: Jessica Grimes, Bonnie Clay (daughter of the friends mentioned above), Marcia Bowman, and Neysa Fuller, all of them fantastic singers. A son-in-law, Menzah Clay, was added when Segatha Alana got married later, and he, like his father, Herbert, sang bass.

As God would have it, as they got older, several of the children started writing their own Christian music. So, in 2012, when the family's last album, "Original Worship," was produced, Philip wrote 7 and the kids wrote 7 of the 14 songs released. This was their first album with musical instrumentation, which is the way they had been creating music at home all along. They just sang without music in church, a denominational peculiarity. 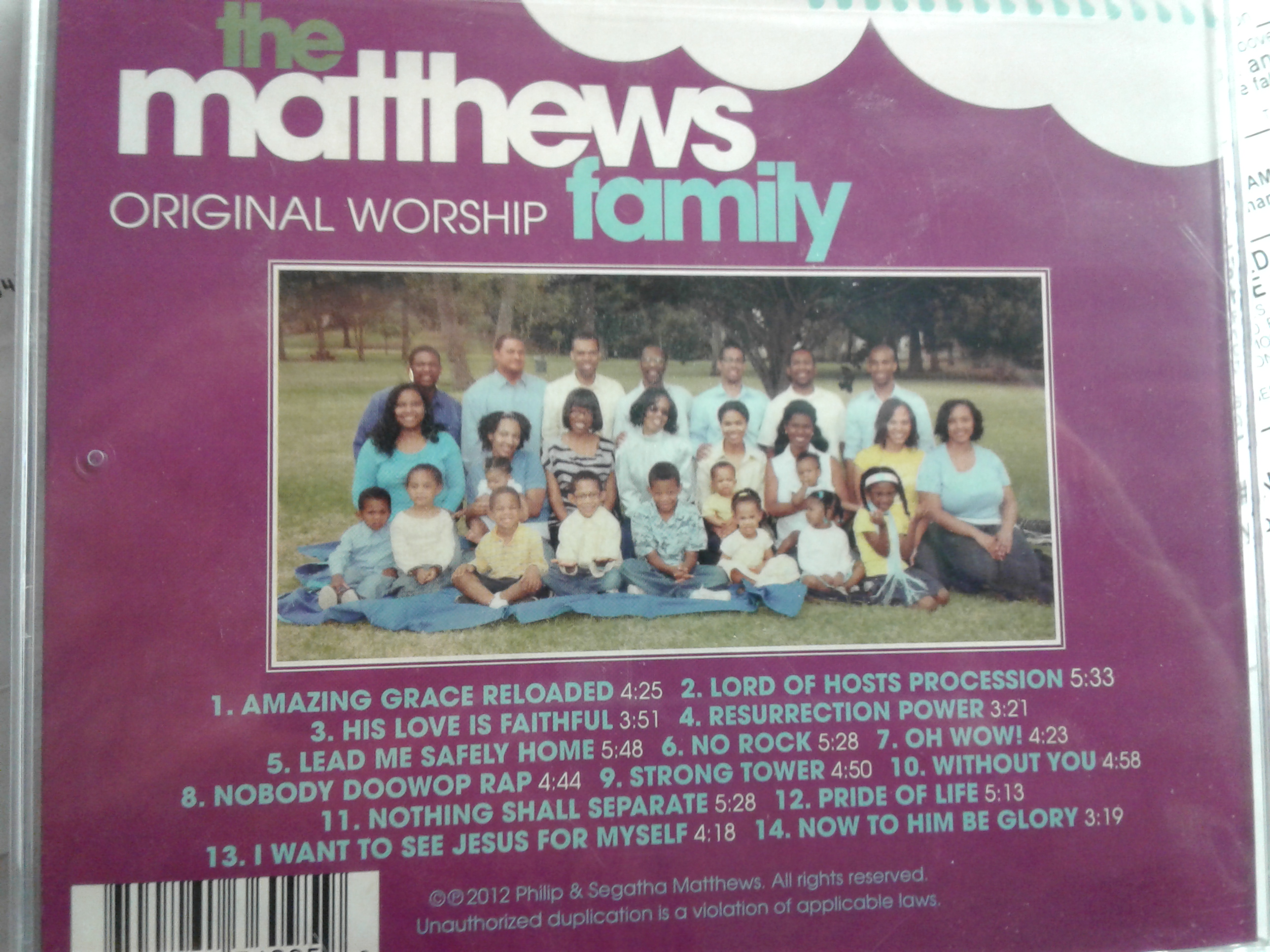 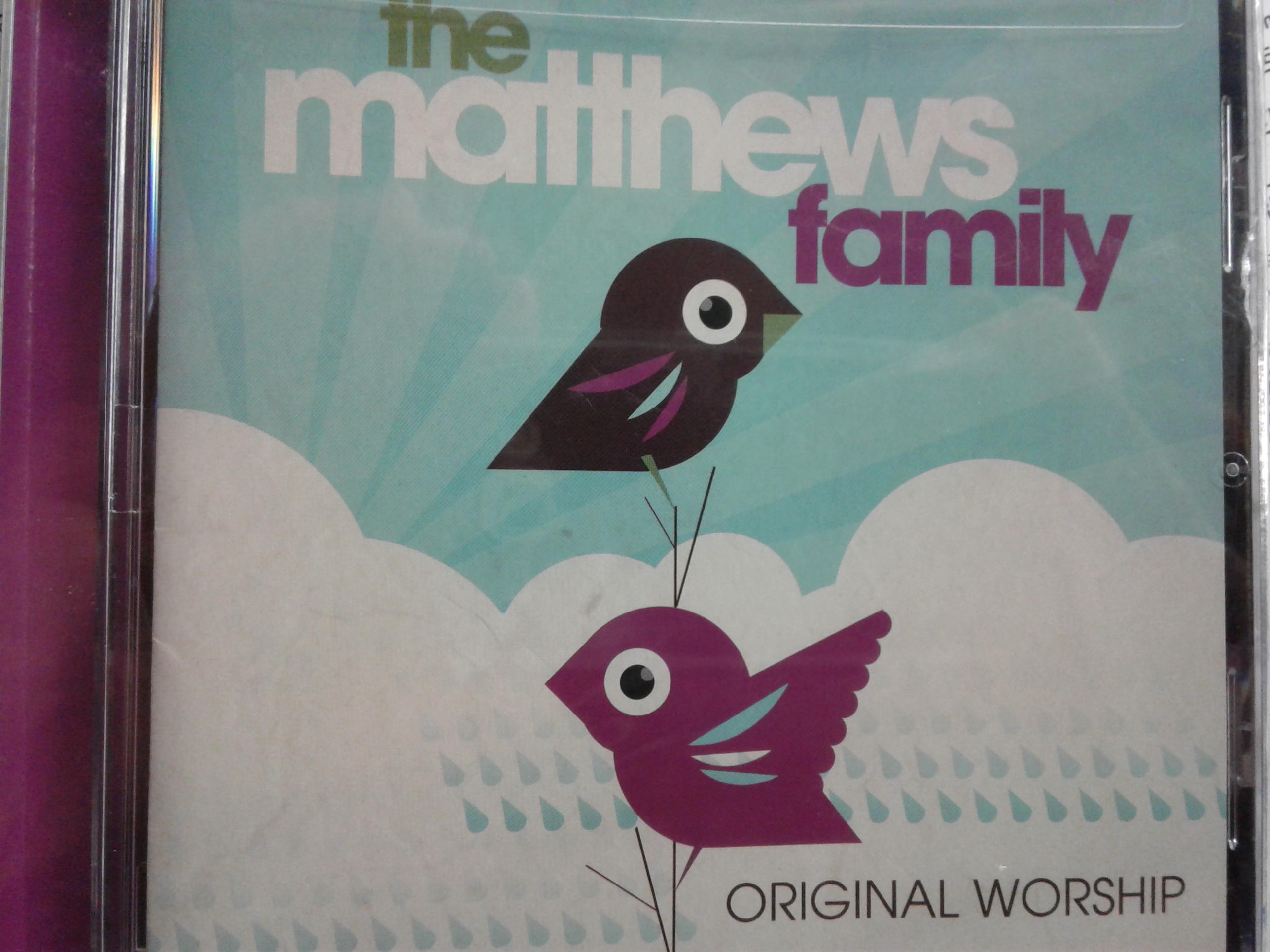 Today, the children continue in their music ministry to the Lord: Bonnie Clay Matthews is the worship leader at her church, and Fari sings specials; Desmal is the main keyboardist for his church; Traco and Jessica are the worship team anchors at their church, and Traco sometimes substitutes for the regular keyboardist; Mando writes, produces, and trains young songwriters through his and Marcia's ekballopasadena.org/music school of worship and record label, and together they have led several church and mass choirs; Neysa is on the worship team at her church; Jessieka spent 8 years leading worship at the Gospel for Asia training-discipleship school in Dallas, TX; etc. In the next generation, Charisma, the oldest granddaughter, writes Christian music and sings; her sister, Liberty, is an inspired keyboardist; at least 4 grandsons—Cayden, Jonathan, Frederick, and Asher—play drums and/or percussion; others play guitar, bass, ukulele, etc. And ALL of them sing.

In addition to the family music, Philip and Segatha have been great encouragers of others, helping his friend, Ronald Hattley, produce two albums for the Church of God (California) Youth Ensemble (COGYE), "Does Jesus Care (1 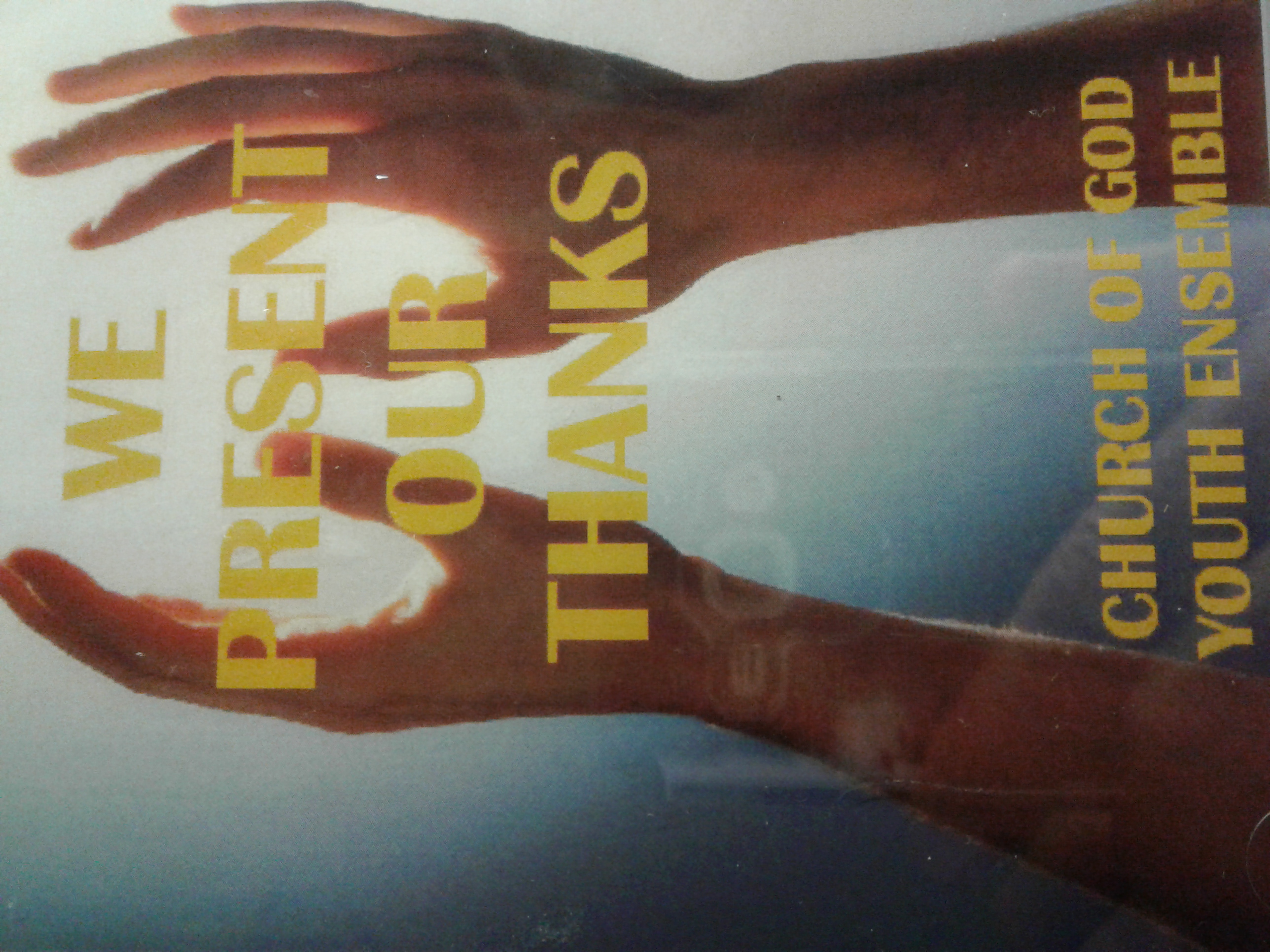 997) and "We Present Our Thanks" (1999). They also produced an album for the Bakersfield, CA, youth group, Voices In Praise (VIP), which Traco and Jessica led, and several other family members sang. Then in 2007, a little before he died, Uncle Robert Sherman, who had been a great musical influence on several generations of young people, wanted to "put out one more album" before he died. So, Philip helped produce "It's Time To Pray," by a male group, Uncle Robert and Friends.

In addition to the various album songs, several other unpublished songs will appear because Philip continues to write. That is, the Lord keeps giving him songs, sometimes in dreams and sometimes prophetically, i.e., he actually hears angelic voices singing the song to him. It is the way he expresses his love for the Lord, and he has never been quite able to express that love exactly like he feels it. So, in his words, "I will keep trying until I leave this world and wake up in heaven, where I will finally be given a silver tongue and a decent voice, and will be able to finally get it all out like I've been feeling it and trying to do for the last 50 years, when I finally see Jesus for myself!" 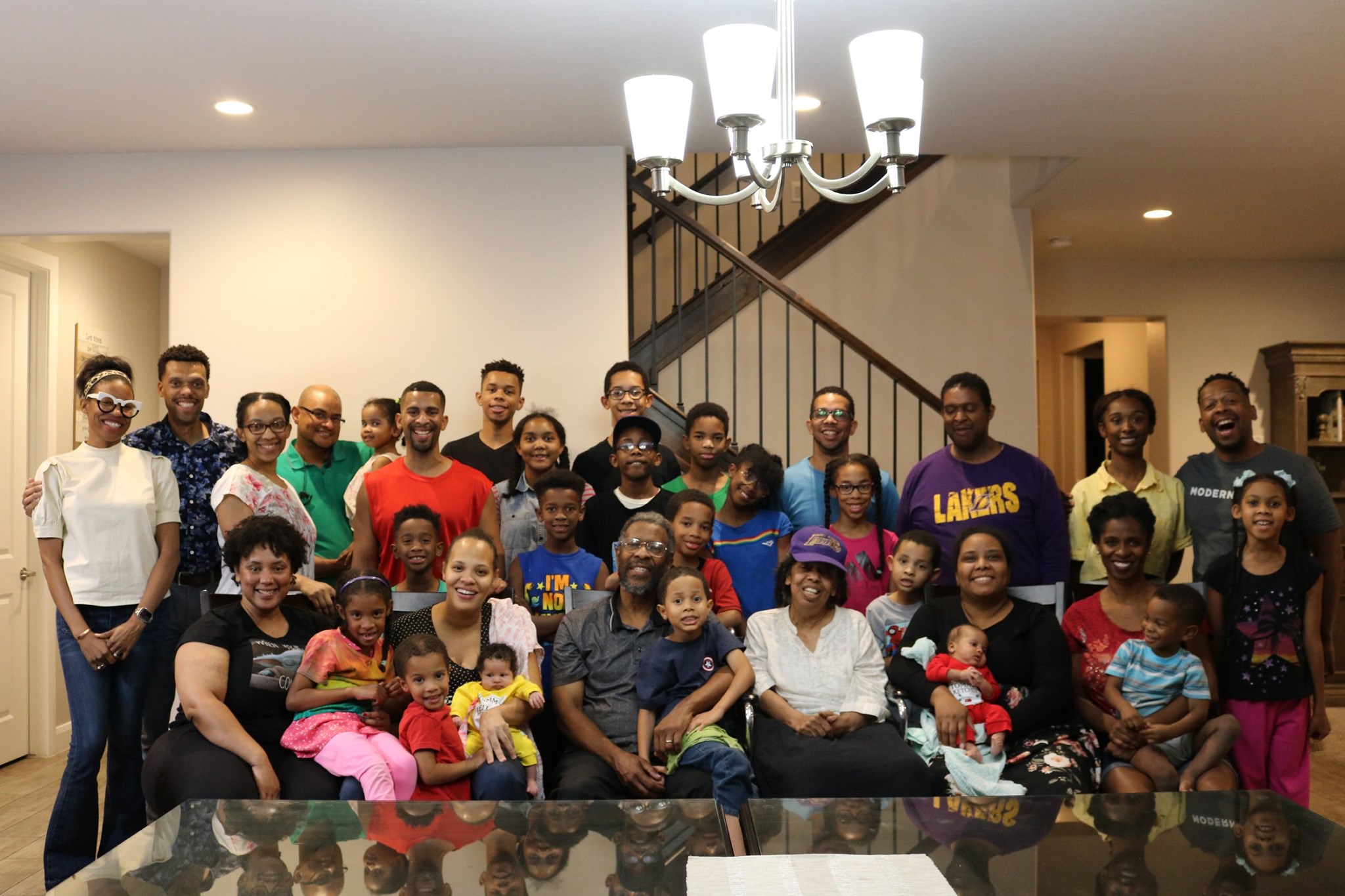