One of the first questions people wonder about anybody who deigns to write or speak about any subject is, Who are you? What gives you the right to think you know enough to try to tell somebody else how to live their lives? What are your credentials? What school did you go to?

These are all legitimate questions? Even Jesus Christ, God Himself, who came here knowing all things, was rightfully challenged in this way: "Who is this? "By what authority do you teach these things? "How does this Man know so much without being schooled?

So we need to tell the readers a little bit about us...

Philip Alan and Segatha Ruth Matthews were married in Los Angeles, California, in November, 1972. In November, 2012, they celebrated 40 years of being happily married. Their 13 adult children (seven children of their own and six in-law children) sent them to Maui for a nearly week. At this time they have 13 grandchildren, ages 1 month to 11 years old, whom they love to visit and babysit often. Their grandparenting motto has been, "Bring the kids to us and we'll watch them for free! We just relish the opportunity to brainwash the next generation!

Philip was trained at USC as a computer programmer, but was called to the ministry in 1973. Segatha has turned out to be a special God-gifted homemaker able to successfully raise her own kids and several other (at least 40) people's kids. So the couple has been in active ministry for over 40 years. This ongoing adventure has included children's and youth ministry, pastoring, church planting, urban evangelism, pre-marital and marital counseling, founding and administering Christian schools in three different cities, writing books and articles, and composing Christian music and producing several albums of their family singing ministry. Currently, they travel to train other church leaders, preach and teach, conduct marriage fellowships, operate a small Christian school, and do personal ministry. In addition, they have also been raising a family of eight young cousins to keep them together and out of regular foster care. Their long-term project is founding a non-profit umbrella organization—Transformations Institute for Leadership Training (TILT)—that will operate licensed group homes for foster children, a digital learning tutoring center, and other ministries in the area of family training and healing, life coaching, vocational training, and practical discipleship.

Through these years they have ministered to and touched thousands of lives around the country. Hopefully, this little book will influence many others, now that it is posted on the internet. But their biggest influence has been in raising their seven children, to whom this book is dedicated:

Fari Alan Matthews, our oldest of five sons, married to Bonnie Clay Matthews and father of two beautiful children. Fari, a computer programmer by trade, is involved in the work of the Lord through preaching and teaching in their local church. Bonnie is the worship leader. They are closely following Christian principles in their family life.

Desmal Saxton Matthews, second son married to Stephanie Bowman Matthews. Together they are raising their five children according to godly principles. Dezz's secular job is in the real estate and paralegal fields, and in the local church he ministers as keyboardist on the worship team, Bible teacher, and founder of a healing prayer ministry. Stephanie ministers by homeschooling her five kids and operating a home-based day care center.

Traco Philip Matthews, third son, married to Jessica Grimes. Traco, an HR representative by trade, is a teacher and ordained elder in their church, and together they sing on the worship team, compose and play Christian music, and minister in other capacities as needed. Jessica also fulfills much of her marketplace ministry to young people as a college English professor.

Douglas Romando Matthews, fourth son, married to Marcia Bowman Matthews, is a computer programmer-IT manager by trade at a major university, where he and Marcia oversee student prayer ministries and other evangelistic activities. They also direct the adult and children's choirs at their church, compose and record Christian music, and are involved in other marketplace ministries. Marcia also serves as a hospital social worker. They are raising their four children in the "nurture and admonition of the Lord.

Ptolemy Jerold Matthews, fifth son, married to Neysa Fuller Matthews, wields his Christian influence while serving as a master math teacher and dean at a middle school, while Neysa is a counselor and budding singer-actress. Both of them sing in the choir at their church, and have plans to found a boys home and educational center in the future. Meanwhile, they are raising a beautiful baby girl.

Segatha Alana Ruth (Matthews) Clay, married to Menzah Clay, fulfills her calling by serving as wife and mother of three of the Lord's precious children in training. She sings and volunteers where needed at their local church. With degrees in Child Development and Biblical Theology, one of her long-range goals is to open a Christian day-care center to minister to families, both parents and their children. Menzah is involved in marketplace ministry, visiting the homes of others as an AT&T U-verse installer.

Jessieka Wynona Ruth Matthews, seventh child, is an RN turned stateside missionary for Gospel for Asia. Her life is dedicated to helping this missionary organization reach the unreached billions in Asia for Christ.

Together these young people are influencing people and building the Kingdom of God in ways and means their parents never dreamed of. By no means do the authors claim that their methods are the only methods to raise children or maintain a Christian family. They only know that these principles have worked for them, and hope that someone might find something in this little book to help them in their parenting job, the most challenging—but most important—task in the world. 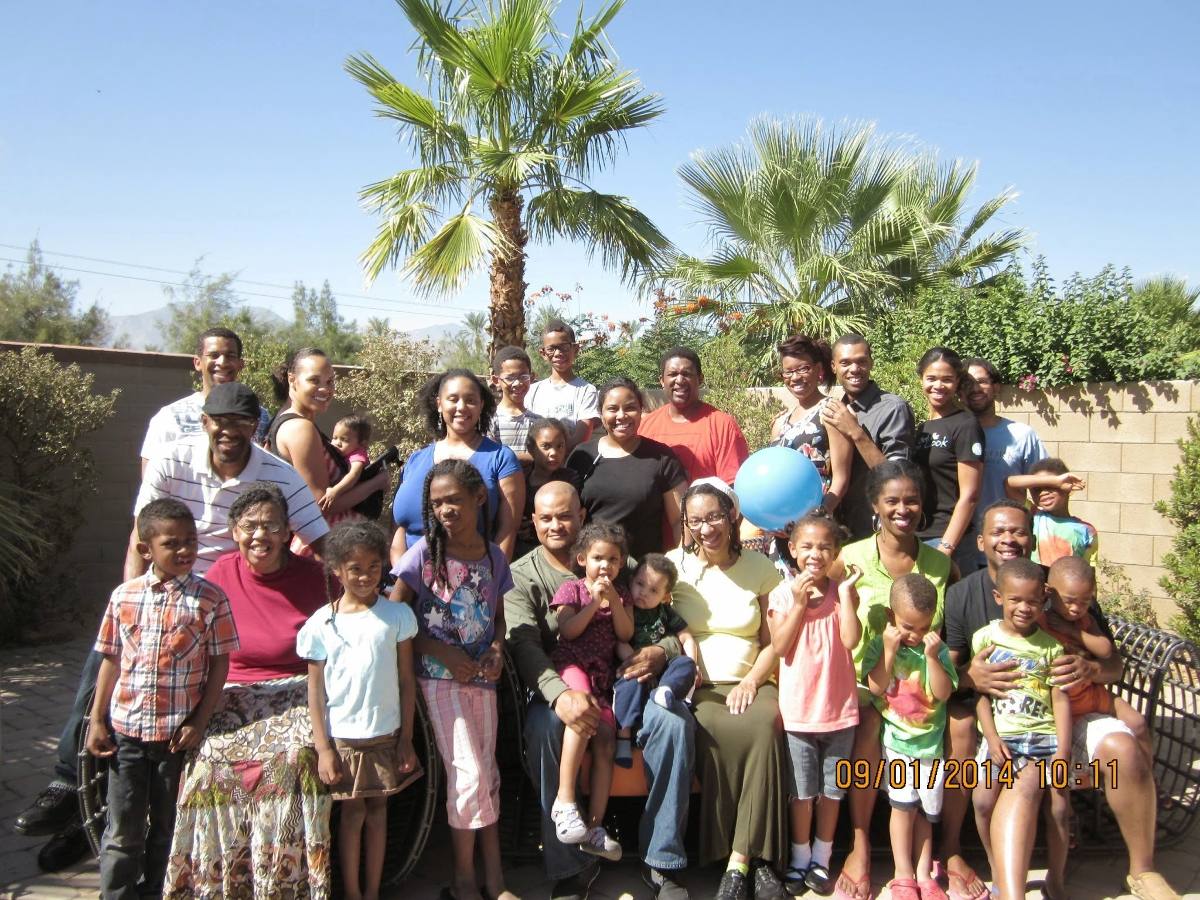